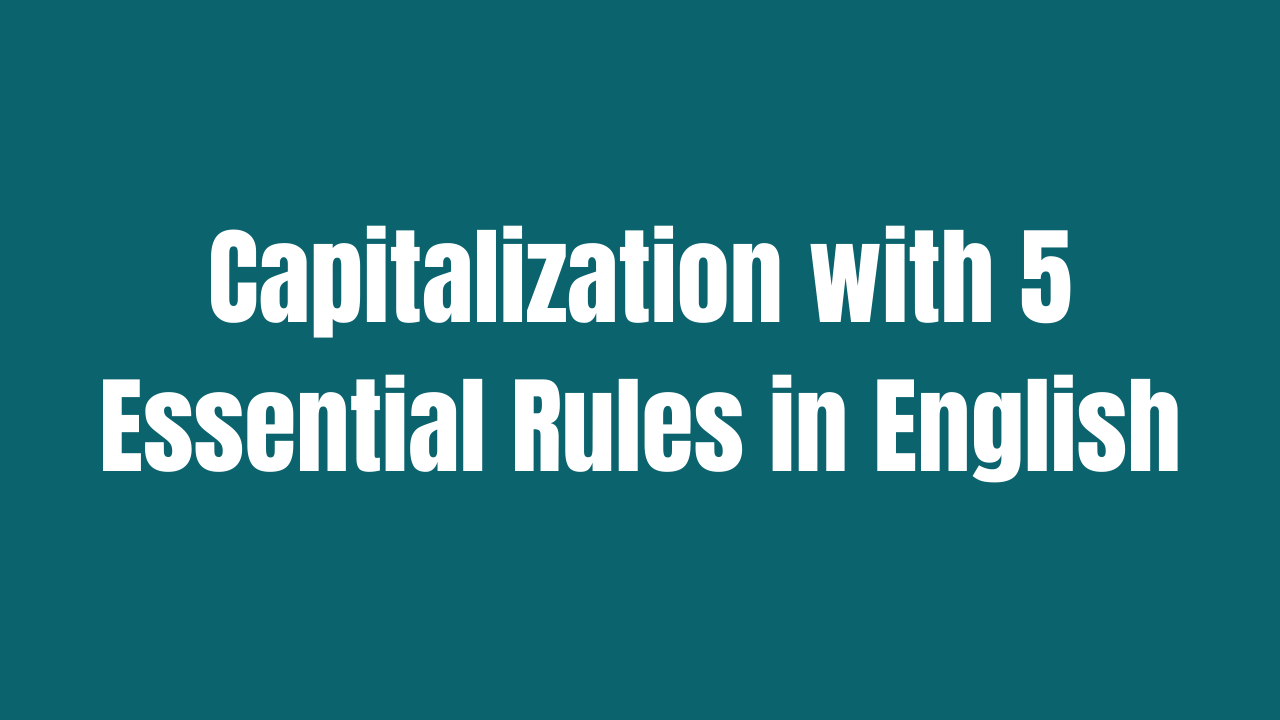 Capital letters play a vital role in English. Because Capitalization makes sentences more attractive, and the reader scans the sentence. If we write any sentence without capital letters, then we find it strange to read.

For example, John is playing with Tina.

(This is the right way to write a sentence)

and if you write this example sentence in small letters

john is playing with tina.

So, now you can see the difference between the two sentences, which is very different and unattractive to see, and we do not like to read either.

Think for yourself:  If the entire article was written in small letters, you do not like to see it and dislike it without reading it.

“Because the way of writing attracts us to read anything”.

In the same way, without capital letters, or capitalization we can never make our writing attractive.

So, here are some rules where we use Capitalization.

The first letter of any Sentence before the beginning of any sentence, we should capitalize the first word.

If any sentence ends with a Full stop (.) or Question mark (?) or Exclamation mark (!), and a new sentence begins next to it, In such a case also we’ll keep the first letter capital.

For example, He has a pessimistic person. He has negative thinking.

I go running every day. As a result, I have good stamina.

Note: The word “I” is always capitalized in English.

We use capital letters for a specific name.

For example, We’re going to play basketball in the park. (the word park isn’t capitalized because it’s being used as a common noun)

We’re going to play basketball in Prospect Park. (so, the name of the park is also mentioned here, so we’ll capitalize this word because it is a proper noun).

Articles, Prepositions, Conjunction no need to capitalize. (but in case if these three comes in the first word of the title, then we’ll capitalize)

Name of Days, Months, Holidays, Languages, Countries and Religion should be capitalized.

Name of companies/organization, trademarks, places, monuments should be capitalized.

CONCLUSION now, you must have cleared all the points, and now you have a better idea of how to use Capital letters in your writing. If you have any queries, put everything down in the comment section under this article.