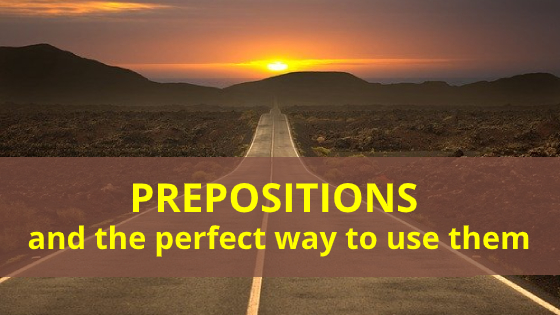 Prepositions can be termed as bridges that link specific phrases to different phrases within the sentence broadly categorized into time and place prepositions. There are exceptional cases where they are used in front of gerunds. However, nouns are the prime targets in front of which prepositions are fixed.

Perfect ways to use prepositions:

With all these pieces of advice up your sleeves, you are ready to mesmerize people around you with your creative use of prepositions.