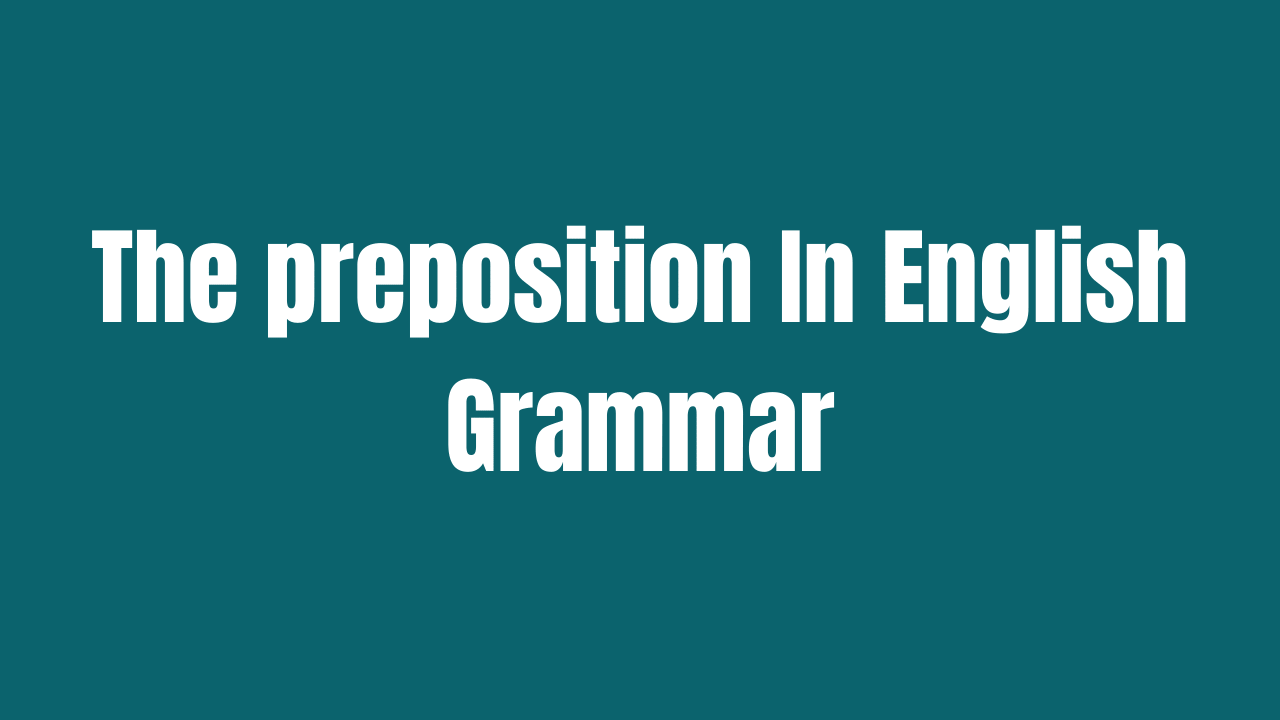 Prepositions are usually short words like on, in, at, for, by, etc.

What is Preposition in English Grammar?

A preposition is a word placed before a noun or a noun phrase, or a pronoun to show the relationship of the same noun or pronoun.

with all the words of the sentences.

A preposition usually acts as a linking word in the sentences. and they give complete sense to the sentence.

in, on, at, to, by, for, since into, between, below, under, with, behind, and many more are called Prepositions.

In the sentences ” We jumped in the river” and “He drove slowly down the road”, “in” and “down” are prepositions.

The newspaper is on the table.

They are going to Goa.

It is used to help indicate when something happened or will happen in the future.

in, on, at, from, to, before, after, during, since, ago, etc are the prepositions used for giving information about time.

see the first example, the bus will stop here at 8:00 am the preposition is “at“. (“at” is used here to express a specific time when the bus will stop) remember used at with the time of the day, 12 o’clock at noon at night, midnight at sunrise, etc.

the second example, We have a test on Saturday. (here, the preposition on is used for a specific day of the week, and that is “on” Saturday.

Remember on refers to a slightly broader time like dates and named days of the week and months.

Like, on Sunday, on Monday morning, on Tuesday evening, on May 6th, etc.

the third example, John was born in 1789. (here, the preposition “in” is used for a period of time.

Remember, it is used for the widest time period.

Such as seasons, months, centuries, decades or years, years like in January in winter, in 2011, in the past, in the 18th century, etc.

Prepositions of place help us understand where something happened. This refers to a place or a position. In general, we use at, in, on

at, used for a specific point

for example, at the door, at the top of the page, at the end of the street, at the corner, etc.

“at” expresses that something happens at the location.

In, used for a confined space, within a limited space,

for example, in the bedroom, in the country, in a bowl, in a van, in a bus, in the park, in Europe, in my purse, etc.

“In” typically defines as inside an area, from one point to another. It indicates the limited space.

on, used for an outside surface, for example, on the road, on the floor, on the wall, on the chair, etc.

“On” typically defines a position that means something on top of something.

For example, She sat on the stone wall.

There is a glass on the table.

above, over, in front of, below, under, beside, behind, inside, beneath, underneath, near, next to, between, among, by, opposite, etc. used as a preposition of place

Preposition of Movement or Direction

It is used to indicate the movement of someone or something from one place to another.

Preposition of direction shows us to where or in which direction something moves and where to place something.

For example, She took a step “towards” the door.

Where she steps towards? towards the door, okay, so the word towards shows the direction.

Rohan ran” down “the stairs, so the word down shows the direction.

Tina poured some orange juice “into” a glass, so the word into shows direction.