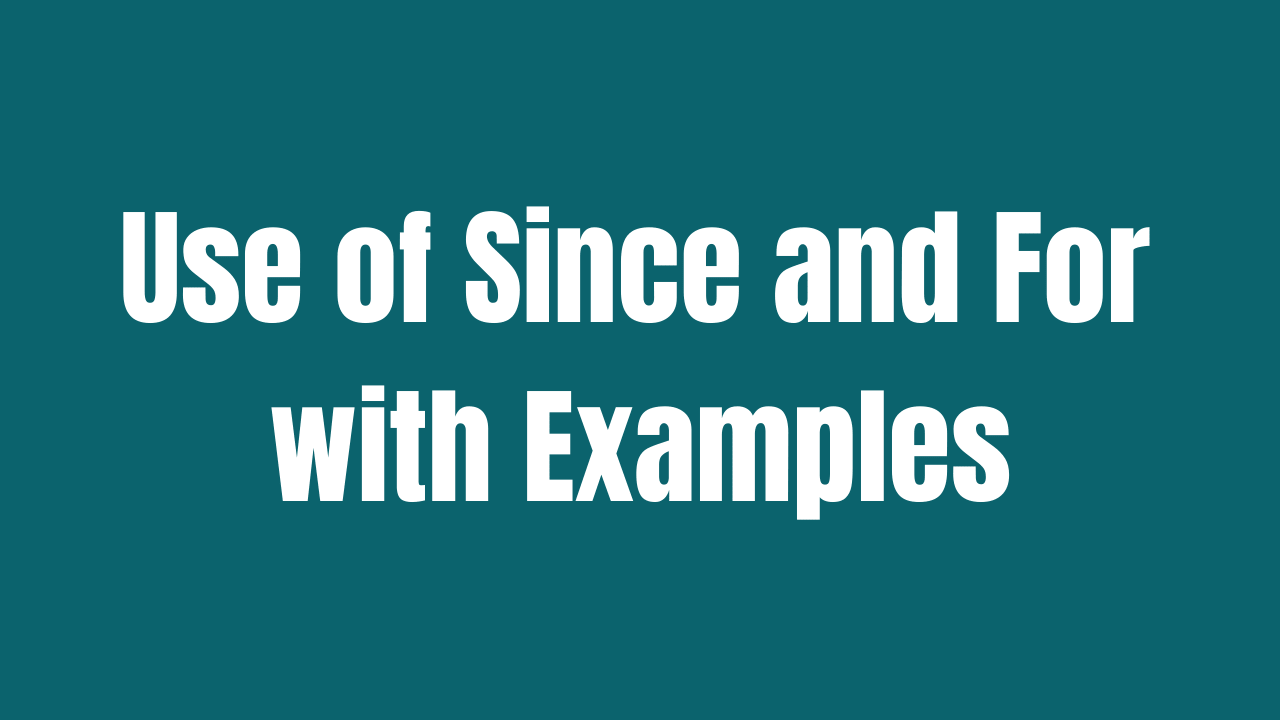 In this concept, I will go through the difference between these two words Since and For.

since refers to a specific point in time or beginning of an event.
For example, if it started raining at 9 o’clock and the time now is 10 o’clock then I can say that it has been raining since 9 o’clock.
since can be used in the past and present tense but not in the future tense.

when we use the word for we are referring to a duration of time.
so again let’s look at this example if it started raining at 9 o’clock and the time now is 10 o’clock then I can say it has been raining for one hour.
so, we can use for present, past, and future tenses.

as you can see and understand from these examples I have given the duration of time.

having said that, if you’re not sure of the exact length of time. then you can use phrases like for a while, for ages, or for a short time, for a long time

for example,
I have been studying for ages.
She will be in the kitchen for a while.
He has lived in Delhi for a long time.