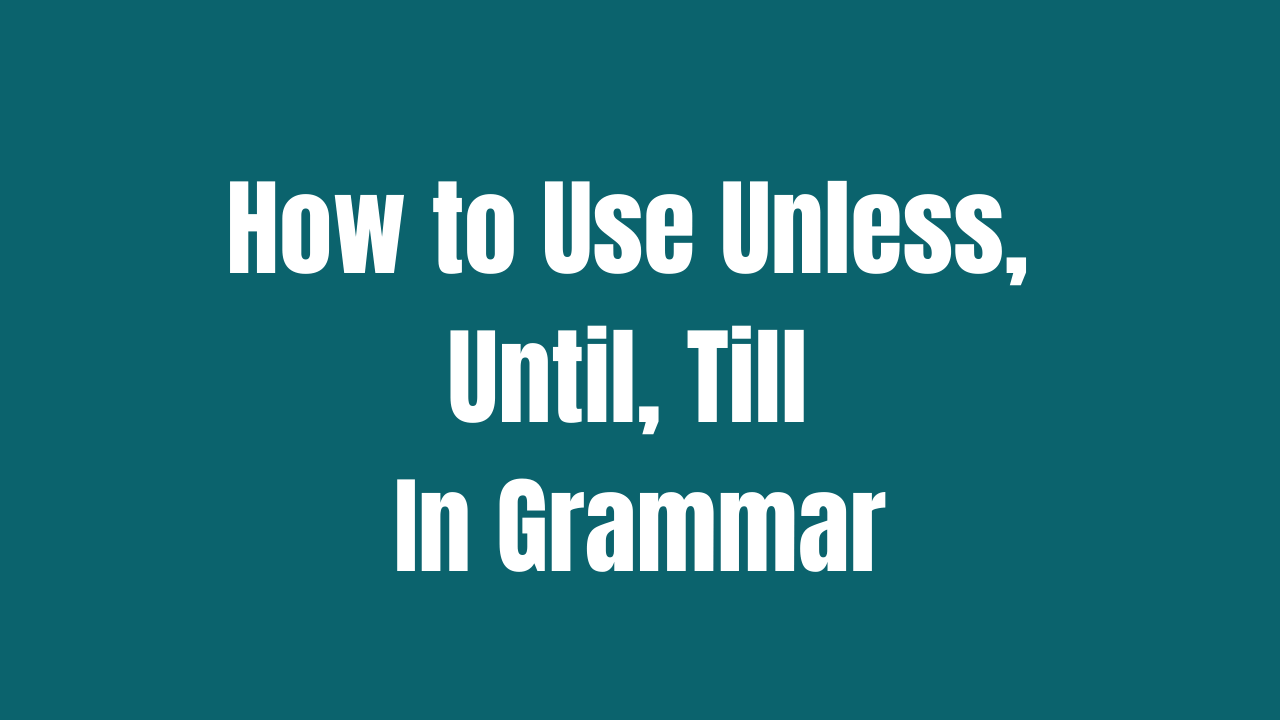 And you can’t follow it with Will.
Unless I will. okay, so there are things that you cannot do,
but when we use it in the sentence,

let me give you an example

You can’t play cricket outside unless you have finished your homework.

It’s a conjunction, it’s different that unless and when we’re using UNTIL it’s constrained (force/pressurize) by time. It’s always time constraints. okay, it’s always about restriction.

So let’s give you a quick example,

I lived with my Aunty until I was 16. (So, what is the meaning of it?) it means that for a long portion of your childhood, maybe from a young age of three or four, you lived with your aunt than your parents,

So, all to that age, three to sixteen and then from 16, something changed.

Perhaps you went back and live with your parents. But the time constraint is that period of your life from early up to your mid-teens or 16 you were, you spent that time with your aunt.

So, UNTIL is constrained before and up to the particular time, but not after.

so, In the example that I gave you about living with the aunt until 16. He was there before, up to the age of 16.

So, before 16, up to the age of 16, but after something changed. so, before an up to but not after. So always time constraints.

You’re talking to your daughter about some mathematical problem and the homework and say: Oh, can’t you wait until your mother gets home and she will help you?

so, this is everything to do with Until. It’s always about time and it’s always a time constraint.

UNTIL and TILL, just be careful with the spelling of that. And the good news is that they’re exactly the same and there’s no need to be confused.

So, UNTIL is formal and TILL is informal.

If you’re writing something important to somebody, then I would suggest you use UNTIL.

If you’re speaking in an informal way, so, TIll is absolutely good for you. And you don’t have to use UNTIL. they have exactly the same meanings.