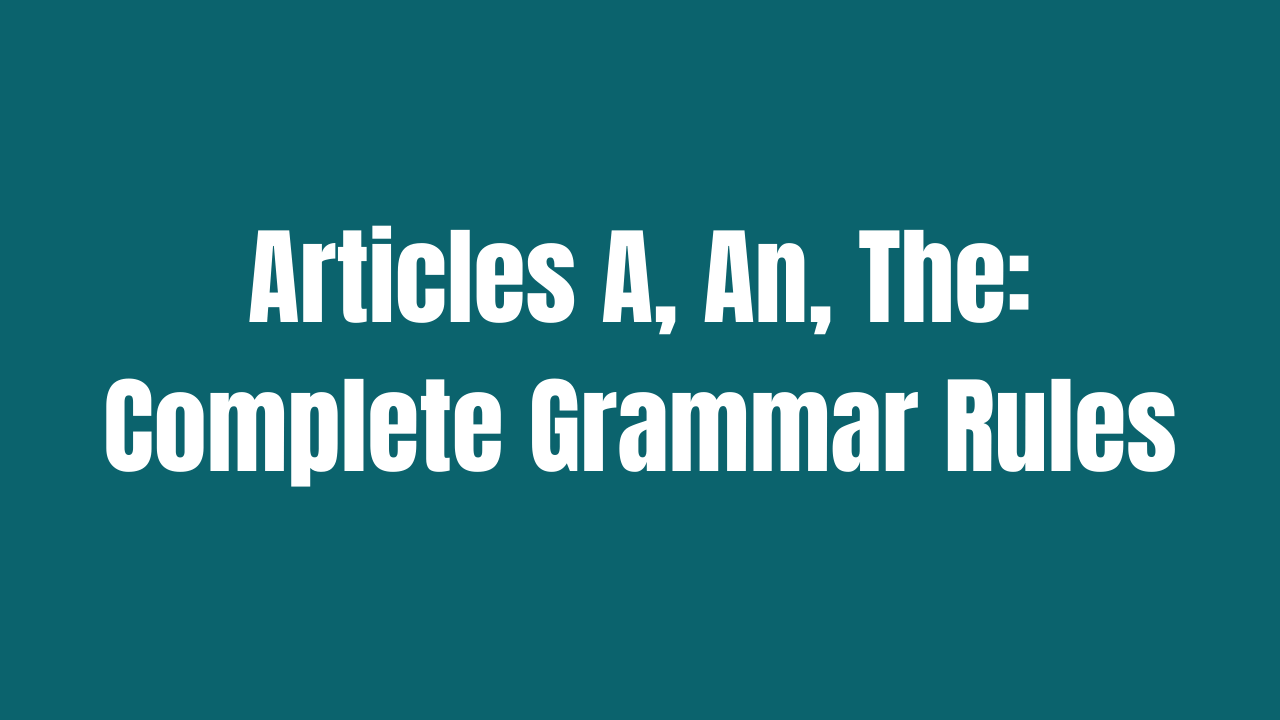 Today we will talk about Articles: A, An, The. I think it’s a little bit confusing? No, it’s too easy. So, today we learn some exciting ways of using articles a, an, the, grammar in your daily sentences and your conversations. They’re crucial in grammar, so there’s no way to avoid these words. I’ll help you, don’t worry. So, let’s begin with these three essential words A, An, The.

What are Articles in English Grammar?

A, An, the are the articles, and these three words come before a noun, (a noun is a person, a place, or a thing) okay, so I’m going to generalize here and say that, before a noun, In a proper English sentence we use these when we speak when we write. These words A, An, The describe a noun as specific and unspecific.

If I say, “let’s read a story, ” I mean any story rather than a specific story.

There are two types of Articles in English grammar, so let’s discuss them below with full details.

For example: when you go shopping for a sandal.

Because we have chosen a specific & particular pair of sandals, so here we’ll use The sandals Okay.

Definite Article(The) points out both singular, plural and uncountable nouns.

Examples of “The” use of Articles

Indefinite Article (A, An)

‘A’ the very first letter of our alphabet A.

The article “A” is seen with nouns that begin with consonants sounds.

“A” and “An” are usually seen with one person, one place, one animal, and one thing.

Thus, we can say that articles “A” and “An” introduce a singular noun.

“An” likes to listen to nouns beginning with vowel sounds.

For example, An umbrella, An octopus, An ink bottle, An elephant, etc.

If the word begins with a Vowel sound so, we used An.

What is a vowel sound?

The word Hour we do not even say the H-word.

because the H is silent, we have to say An hour, okay, you got it.

A- using A begins with a consonant sound.

An- using An begins with a vowel sound.

The- using The begins with a consonant sound.