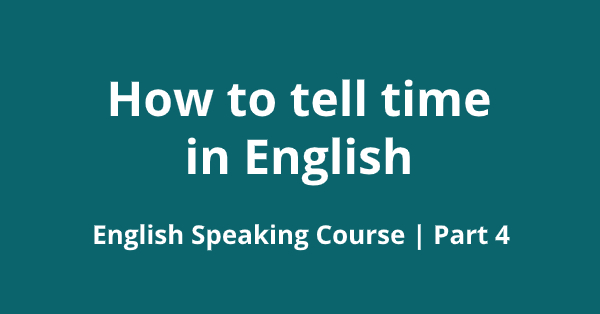 Time is significant in our everyday life. You can use the time to determine whether you are late or not for a particular event. In addition, time can help you to avoid being late for any events or meetings and time in English make you smarter.

Learning How to Tell the Time in English

Let us learn how to reply to the question, “What is the time?” In the English language, you can reply in the following ways. For instance:

Talking About Hours and Minutes

If you want to talk about the time using the hours and minutes, it will be very different from the usual method. For instance,

Similarly, some more examples are time in English:

Talking about Time in Minutes

If you want to say that ten minutes are remaining for hitting eight o’clock. You have to see the minutes left. In this case, it is 10 and the hour, which is 8. So, you can say it as 10 to 8.

Similarly, some other examples are:

Some of the examples are as follows:

You can use A.M after the clock strikes 12 at night till the morning ends. P.M can be used after 12 in the afternoon till 12 in the night. For instance: