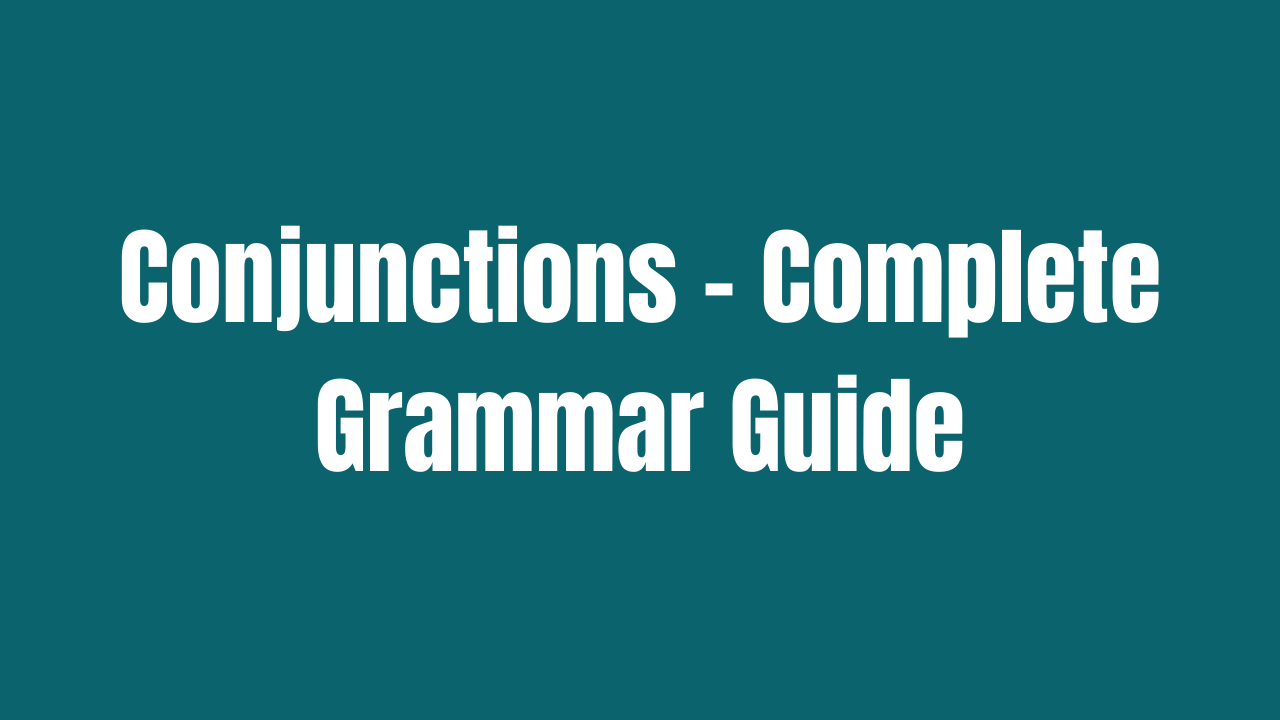 Today’s concept is going to be on Conjunctions. So, in this lesson, we are going to study conjunctions. And now for us to understand.
What are conjunctions actually, and why are they important to study.

Conjunctions are words that join or link other words, clauses, phrases, or sentences. But, and, or, nor, yet, so, for, since, although, because, unless, when, where, while etc., are conjunctions.

For example, I sent her a letter, but she didn’t respond.

Here the word but is acting as a conjunction is joining these two clauses together.

Now I think you have a brief idea of what work Conjunctions do in our daily language.

We cannot speak correctly without them, we cannot construct sentences, and we cannot convey our feelings. So, let us study in full detail.

It is also called a coordinator, which is, but, and, or, so, nor, yet, for etc. Which joins word+word, or phrase+phrase and clause+clause.

so, let’s see some examples

She bought a book and a pen. (so word+word is a book and a pen)so, here the word and connecting two different clauses in a sentence, but those two clauses have the same grammatical weightage.

You may meet me at my office or my home. (so, it’s two phrases

at my ofice or my home)

She always sits in the library or in the classroom. (so, two phrases again

in the library or in the classroom)

so here both of the different clauses that are joined but do not have a different weightage. Okay, so this is a coordinating Conjunction.

Subordinating Conjunction connects or joins the independent clause to a dependent (subordinate) clause.

So, this is also called a subordinator which is, although, before, because, if, how, since, once, till, until, where, when, whenever, whether, after, while, no matter how, provided that, as soon as, and even if etc.

So, what is an independent and dependent (subordinate) clause?

For example, I’m not going to the office because I’m sick.

(here in this sentence, you have two different clauses that are joined together with because, right)

So, both of them are joined because, because here is acting as a subordinate clause or subordinate Conjunction.

Correlative Conjunction is paired words that join words, phrases, or clauses with equal importance within sentences.

When in sentences, we have Conjunction, which occurring pairs. For example, Either/or, Neither/nor etc., we know many such pairs, right? So, such pairs of conjunctions come in Correlative Conjunction.

For example, You may buy either a camera or a mobile. (here, Either/Or is a pair that is used in this example sentence.) so, what is this paired doing? It works in pairs of Conjunction, and it’s joining two different clauses together.

He likes neither tea nor coffee.

Both pink and blue are nice colours.

He is interested not only in singing but also in games.

You will find her either in the library or in the classroom.