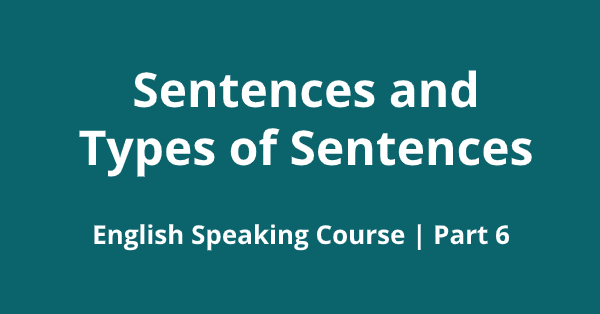 What is a sentence?

I have an apple. (It makes sense and is a complete sentence.)

Apple has an I. (It doesn’t make sense and is incomplete, even if it’s made of the same words.)

Let us learn about the different types of sentences. Sentences are of various types. We broadly categorize them into four types depending on their usage.

An assertive sentence tells the reader a fact, idea, or information.

Note that all the above sentences end with a period because they are facts and information.

You write an imperative sentence to request, command or allow.

These sentences also end with a period.

In addition, you can also use an exclamatory mark for normal sentences on which you want to give emphasis.

A sentence that is a positive response is known as an affirmative sentence.

He is a good boy.

She is a good student.

He is not a good boy.

She is not a good student.

Is he a good boy?

Is she a good student?

A sentence that asks a question about a negative sentence is known as negative interrogative.

Is he not a good boy?

Is she not a good student?