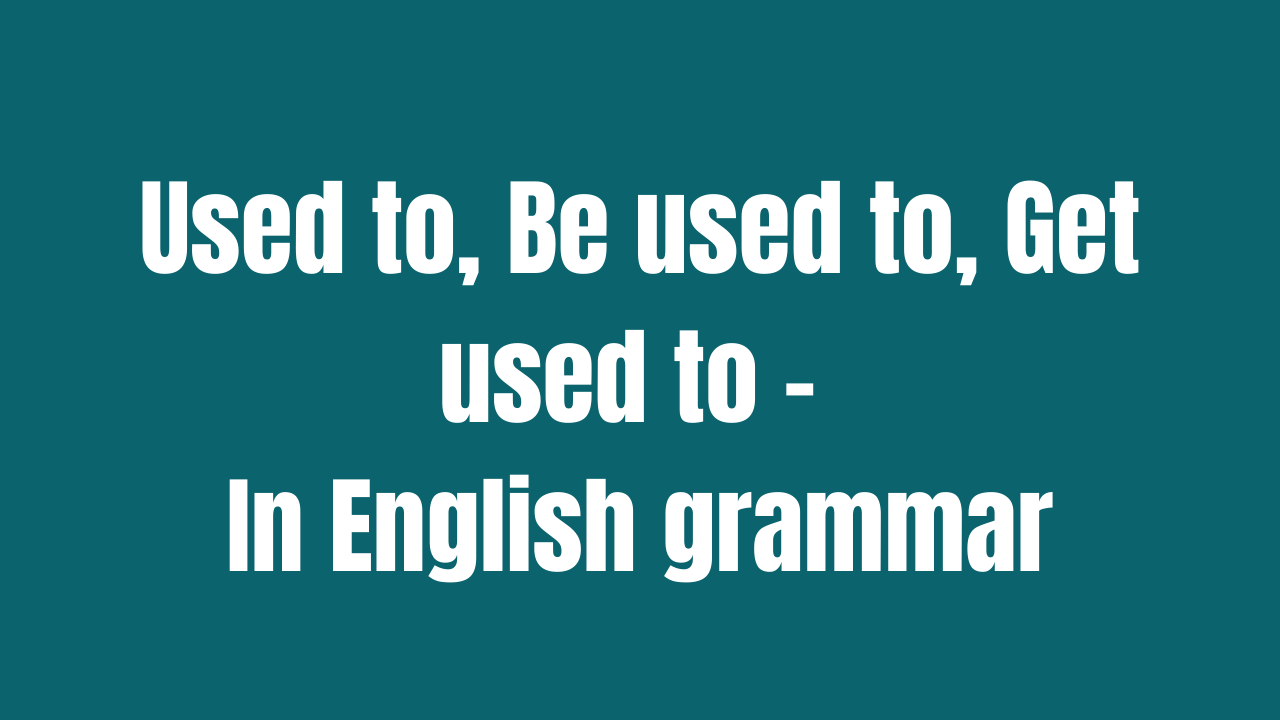 In this lesson, we’re going to learn about the verbs used to, be used to, get used to with examples and a quiz! So, these common expressions sound very similar but they are very different.
So, today I’m gonna teach you each one of these in detail.

Let’s take up each expression and see how they differ from one another.

Used to is always talking about the past. We used ‘Used to’ things that happened regularly in the past but don’t happen anymore.

Used to = the past

Subject+ didn’t use to + verb

Something missing, The ‘d’. In negative sentences, the d isn’t there. so, We remove the ‘d’. okay. But the pronunciation of these two words is (used to and use to) the same.

In questions again we remove the ‘d’

Be used to & Get used to

We used ‘be used to‘

I’m used to getting up every morning at 6 am. ( that simply means that is totally normal for me)

Now ‘Get used to’ is very similar, but it’s more about the process of becoming accustomed to something. and, It takes time.

Click here to practice Used to, Be used to, Get used to Quiz